News recently broke that the second season of Netflix’s “Élite” would arrive in September.

In a Tuesday morning announcement, the streaming giant revealed exactly when it will premiere. According to Netflix, season two of the Spanish drama will launch on September 6.

Essentially a cross between “Gossip Girl” and “How To Get Away With Murder,” the first season followed a group of students at an elite Spanish secondary school. Due to an incident at their own school, three working class students received the opportunity to attend said institution. Their arrival triggered drama, love triangles, and, ultimately, a murder.

The inaugural season ended by revealing who was responsible for that murder. 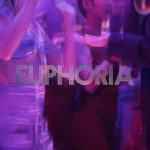