Based on its strong consumption numbers, Shawn Mendes & Camila Cabello’s “Señorita” is resonating with music buyers and streamers.

Based on its strong numbers in the new Mediabase/Critical Mass Media callout report, the collaboration is also connecting with pop radio listeners.

Of the 17 songs featured in this week’s report, “Señorita” boasts the best positive, negative and net positive scores. It meanwhile has the lowest burn rate and fourth-best favorite rating.

To put it simply, pop radio listeners are loving “Señorita.” It should thus have no trouble continue its march toward #1 on the Mediabase pop radio airplay chart. 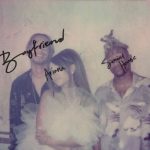