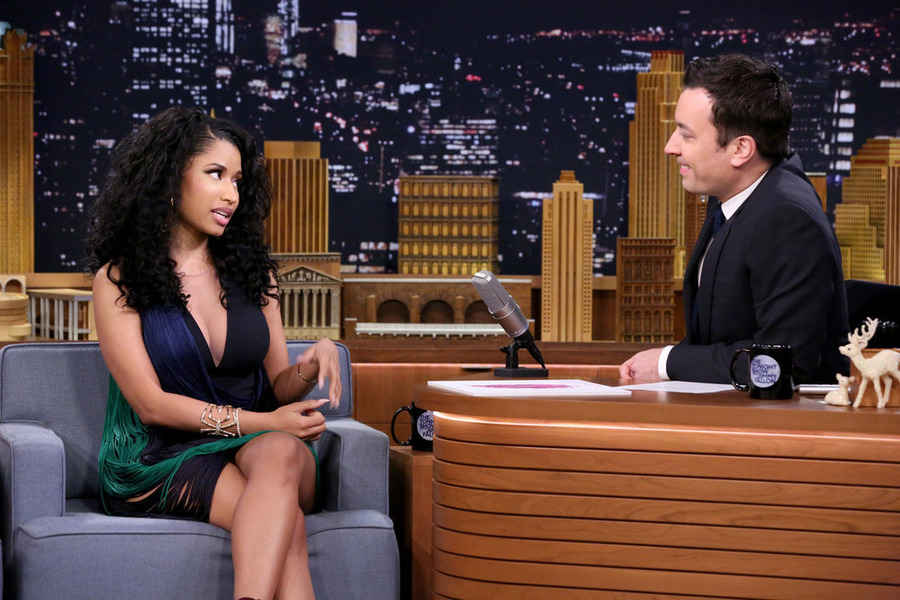 Update: NBC confirms that Nicki Minaj will be the lead interview guest on the June 27 “Tonight Show Starring Jimmy Fallon.”

Phoebe Robinson will also be an interview guest, while Julia Michaels will be the musical performer.
====

To support the projects, the artists will appear on the same edition of “The Tonight Show Starring Jimmy Fallon.”

According to NBC, Minaj and Michaels are set for the June 27 “Tonight Show” episode. Phoebe Robinson is also listed for that night’s broadcast.

NBC has not yet confirmed each guest’s role, but it seems reasonable to expect Minaj and Robinson to appear as interview/segment guests and Michaels to take the stage as the musical performer. Headline Planet will share further confirmation upon availability.