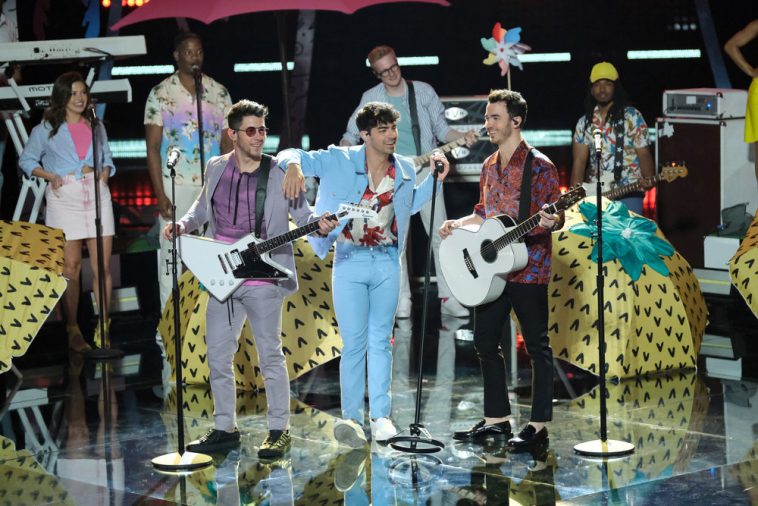 Update: NBC confirms that Jonas Brothers will appear as interview and musical guests on the June 12 “Tonight Show Starring Jimmy Fallon.” The appearance will come in support of the trio’s new album “Happiness Begins.”

The June 12 “Fallon” will also feature a chat with Chris Hemsworth.

Five days later, the trio will support the album with a high-profile late-night talk show appearance.

Kevin, Joe and Nick are set to appear on the June 12 “Tonight Show Starring Jimmy Fallon.” NBC has not yet confirmed their role on the show, but it seems possible that they will be appearing as both segment/interview guests and musical performers. Stay tuned for official confirmation on their role.

The June 12 “Tonight Show” will also feature an appearance by Chris Hemsworth.