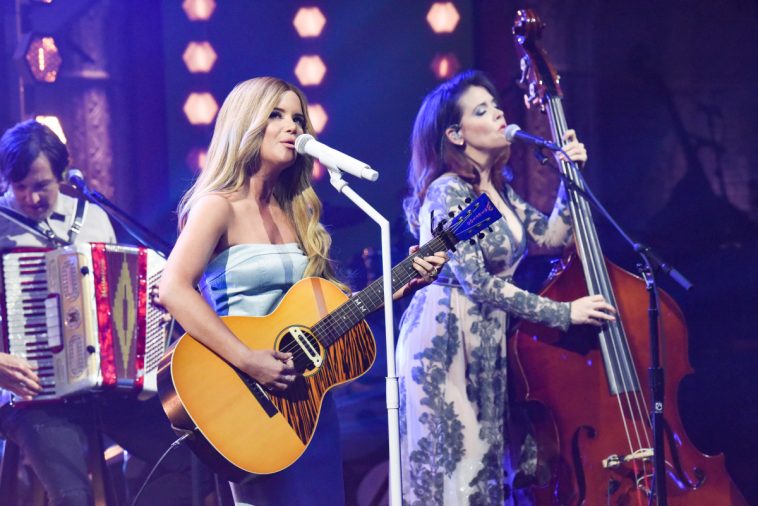 The artist performed “A Song For Everything” in the closing segment of the broadcast. A video of the performance and photos from the taping follow.

This past weekend, Maren Morris played two New York dates as part of her “Girl: The World Tour” concert series.

Prior to leaving the city, the artist pays a visit to “The Late Show With Stephen Colbert.”

Morris is the guest on Monday’s edition of America’s most-watched late-night talk show. The performance airs as Morris’ “GIRL” continues its climb at country radio. Columbia Records, meanwhile, just shipped her song “The Bones” to the pop radio format.

In addition to the Morris performance, Monday’s “Late Show” features interviews with Common and Rachel Dratch. It airs at 11:35PM ET/PT on CBS.