Search
Shawn Mendes - If I Can't Have You | Island/Republic

Shawn Mendes released his new single “If I Can’t Have You” ahead of this weekend’s “Saturday Night Live” gig.

It received a considerable amount of opening day support at pop and hot adult contemporary radio.

According to Mediabase, “If I Can’t Have You” had received 1,995 pop radio spins by the end of Friday, May 3. It closed day one with 729 spins at the Hot AC format.

The pop count positions “If I Can’t Have You” at #29 on Mediabase’s building/real-time chart, which ranks songs based on airplay received during the first six days of the April 28-May 4 tracking period. “If I Can’t Have You” sits at an even more impressive #24 on the building Hot AC chart.

“If I Can’t Have You” benefited from hourly first-day airplay from numerous stations at both formats.

if i can't have youshawn mendes 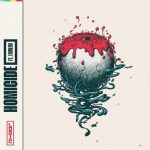