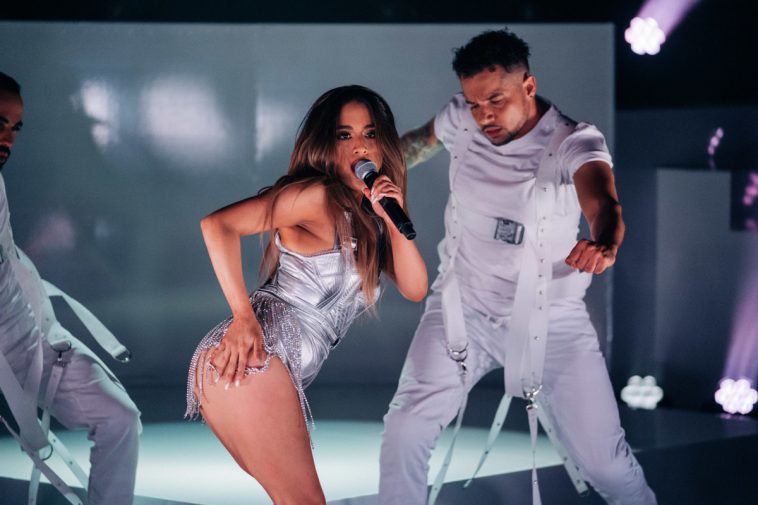 Ally Brooke’s debut solo single “Low Key (featuring Tyga)” continues to make gains at pop radio. Thanks to the song’s success, she ascends to a new peak of #24 on the Billboard Emerging Artists chart.

To put even more momentum behind the track and her burgeoning career, the artist took the stage on Monday’s “Late Late Show With James Corden.”

She and Tyga performed the song in the closing segment of Monday’s broadcast.

Taped earlier in the day, the episode also featured a discussion with Bill Hader and Anna Chlumsky.

Due to CBS’ coverage of the NCAA Men’s Basketball Championship, it will air later than usual in most US markets. Headline Planet will share a video of the performance upon availability.