Juice WRLD’s new album “Death Race For Love” debuts at #1 on this week’s Billboard 200 chart. In conjunction with the album launch, the artist also takes #1 on the Artist 100 ranking.

His impressive chart week also encompasses the Billboard Hot 100 and Bubbling Under Hot 100 song charts. Juice WRLD has a myriad of tracks on this week’s listings.

The Hot 100 ranks songs from all genres based on sales, streams and radio airplay. The Bubbling Under Hot 100 uses the same methodology but features the Top 25 songs that have not yet appeared on the actual Hot 100. 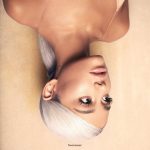