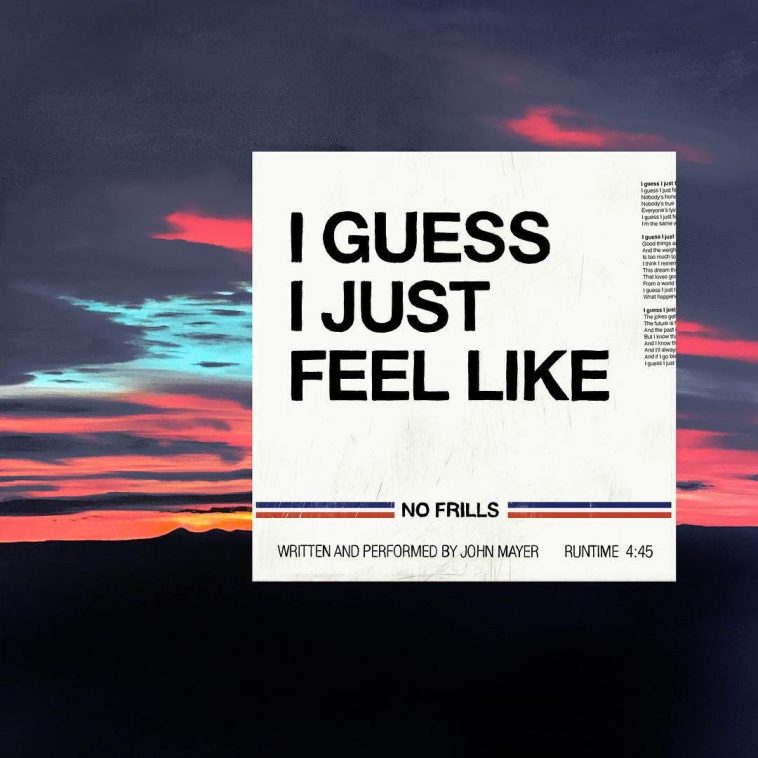 John Mayer - I Guess I Just Feel Like Cover | Sony

Earlier this month, Headline Planet broke the news that John Mayer will be performing on the March 1 “Ellen DeGeneres Show.”

The news raised an important question: what song will Mayer perform on the broadcast?

He may have just provided an answer.

In a Monday evening Tweet, Mayer revealed plans to release a song “I Guess I Just Feel Like.” The 4:45 track will arrive on February 22.

Mayer first premiered the song during an iHeartRadio show this past October. At the time, it was unclear whether Mayer planned to release a studio version.

“I Guess I Just Feel Like” will be Mayer’s first official release since “New Light,” which hit radio in late-spring/early-summer 2018.

While there is no confirmation Mayer will be performing this particular song on “Ellen,” the timing of the release makes its the most likely selection.