Monday may mark the Presidents’ Day holiday, but many US television shows are offering original episodes.

One such show is NBC’s “Late Night With Seth Meyers,” which will actually be airing its 800th regular broadcast Monday night.

The episode includes an appearance by Tatiana Maslany. The Emmy-winning actress joins host Seth Meyers for an interview.

John Oliver also appears for an interview, while St. Paul & The Broken Bones close the show with a performance.

The episode will air at 12:35AM ET/PT on NBC. Ahead of the airing, NBC issued a collection of photos from the taping. 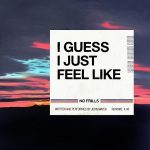