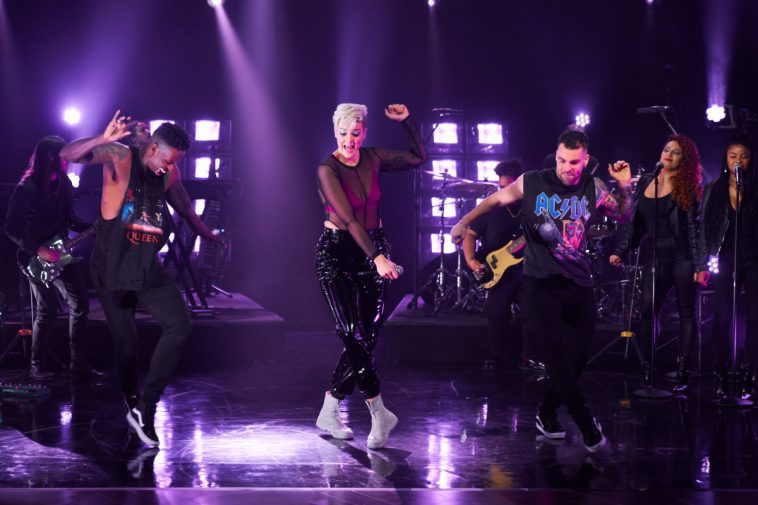 Betty Who on Corden | Terence Patrick/CBS

More specifically, she performed “I Remember” on “The Late Late Show With James Corden.”

As said launch draws near, the Australian pop artist pays a visit to an American late-night show.

Betty Who performs on Wednesday’s edition of “The Late Late Show With James Corden.”

Her performance closes an episode that also features guests Courteney Cox and Nick Kroll. The episode began airing at 12:35AM on the east coast — and will air at that time on the west coast.

A video of Betty Who’s performance will be posted upon availability. In the meantime, enjoy a collection of photos from Wednesday’s “Late Late Show With James Corden” taping.