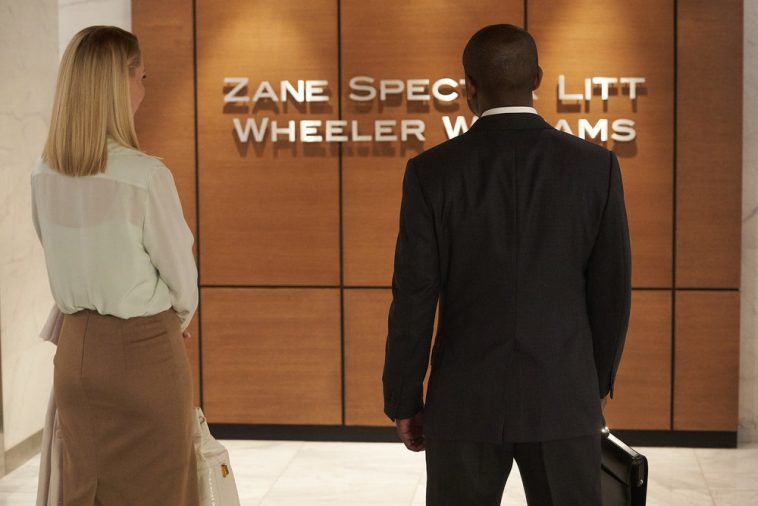 In the summer finale of USA Network’s “Suits,” the other stakeholders decided to give named partenrship to both Samantha Wheeler (Katherine Heigl) and Alex Williams (Dule Hill).

When the show resumes its eighth season at 10PM ET/PT on January 23, viewers will thus get their first glimpse of the newly named central firm: Zane Specter Litt Wheeler Williams.

To tease the upcoming season, USA Network shared a photo of the new lobby wall.

The network also shared a few other photos from the midseason premiere, which is entitled “Rocky 8.”