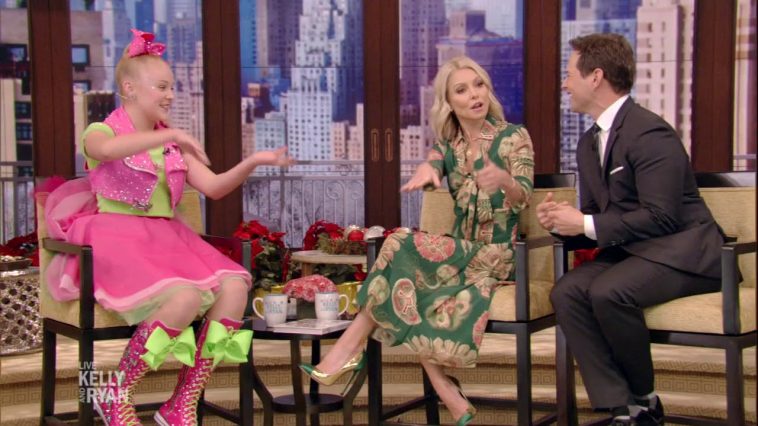 Five new episodes of “Live With Kelly & Ryan” will air during the week of December 10.

Each episode will feature a holiday performance by a popular musician.

Per listings issued to TV providers, Maddie Poppe will perform on the December 10 edition of the daytime talk show. The episode will also feature appearances by Tony Goldwyn and Nick Cannon.

JoJo Siwa will take the stage on a December 11 broadcast that also features Milo Ventimiglia and Martina McBride.

The December 12 “Live” will feature a performance by Lindsey Stirling and appearances by Jennifer Lopez and the Harlem Globetrotters.

Ingrid Michaelson and Grace VanderWaal will join forces for a performance on the December 13 episode. Regina King and Leslie Mann will be interview guests.

Michael Buble will close the week with a performance on December 14. Kathryn Hahn and Lucas Hedges will be that day’s interview participants.