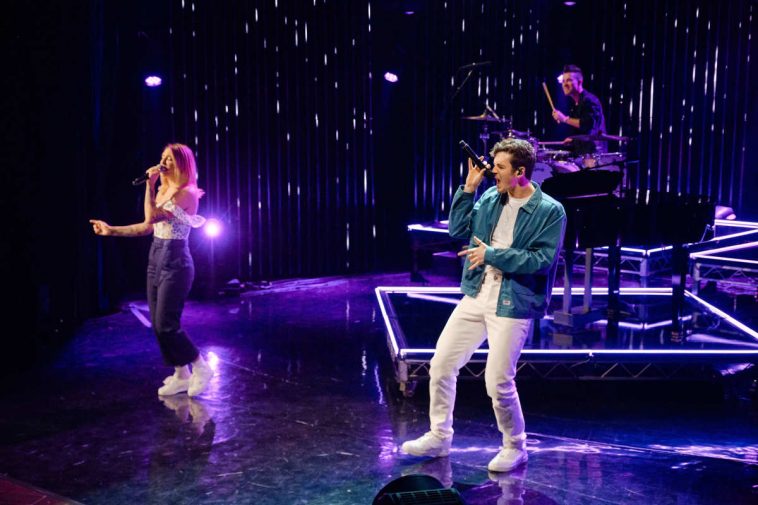 The artists, who recently confirmed their romantic relationship, performed their collaborative single “There’s No Way.”

Wednesday, the couple performs its collaboration on a popular late-night talk show.

Lauv and Michaels perform on “The Late Late Show With James Corden.” The performance closes an episode that also features appearances by Andy Serkis and Michael Pena.

Taped in advance, the broadcast began airing at 12:35AM on the east coast — and will air at that time on the west coast. The “There’s No Way” performance should start at around 1:25AM.