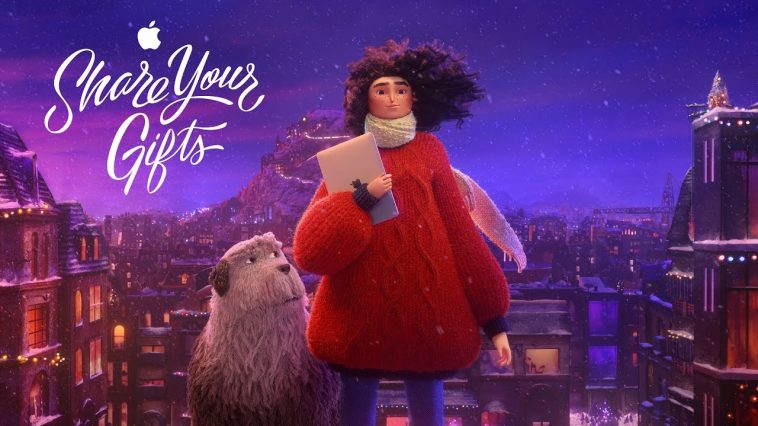 Entitled “Share Your Gifts,” the clip aired during the Detroit Lions vs. Chicago Bears and Dallas Cowboys vs. Washington Redskins games. It may also air during Thursday night’s New Orleans Saints vs. Atlanta Falcons game — and is an absolute lock to appear on TV throughout the holiday season.

As is often the case with Apple commercials, music plays a big part in the appeal. In this case, the song driving the animated clip is Billie Eilish’s new “come out and play.”

Eilish, who was named an Apple Music Up Next artist last year, is quickly attaining star status. She has become a particularly noteworthy force on the streaming front.

Watch the commercial below: