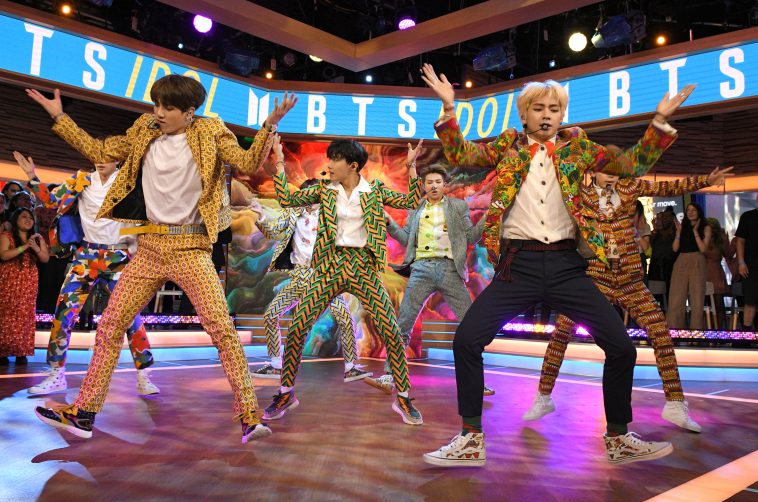 The seven BTS members participated in an interview on the broadcast. They also delivered a musical performance.

Following the appearance, ABC shared a collection of photos. The gallery features numerous shots of the group — during both the interview and performance.

It also captures the outpouring of support from the group’s famously passionate fanbase (ARMY). The gallery reveals a sizable crowd outside the Times Square studio, as well as some immensely invested fans who made it into the studio.