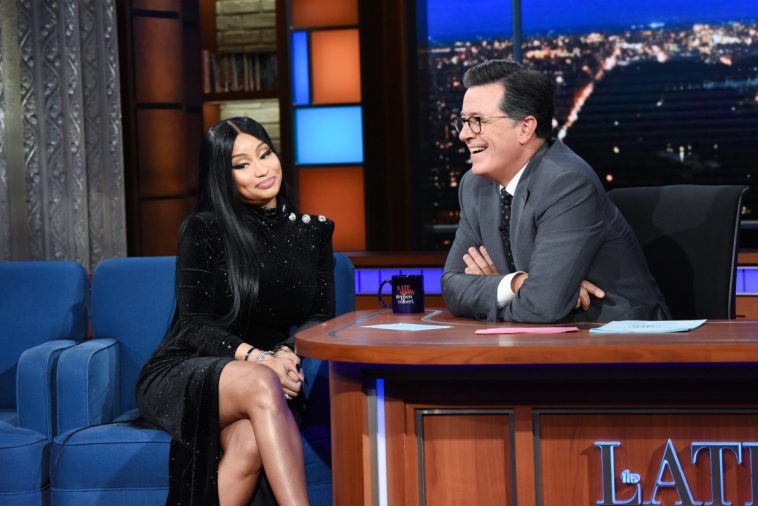 Visiting in support of her new album “Queen,” Minaj joined host Stephen Colbert for an interview. As part of the interview, she added a line about Colbert to her buzzy song “Barbie Dreams.”

A video of the segment follows. Photos from the taping are also embedded (by Scott Kowalchyk, copyright CBS). 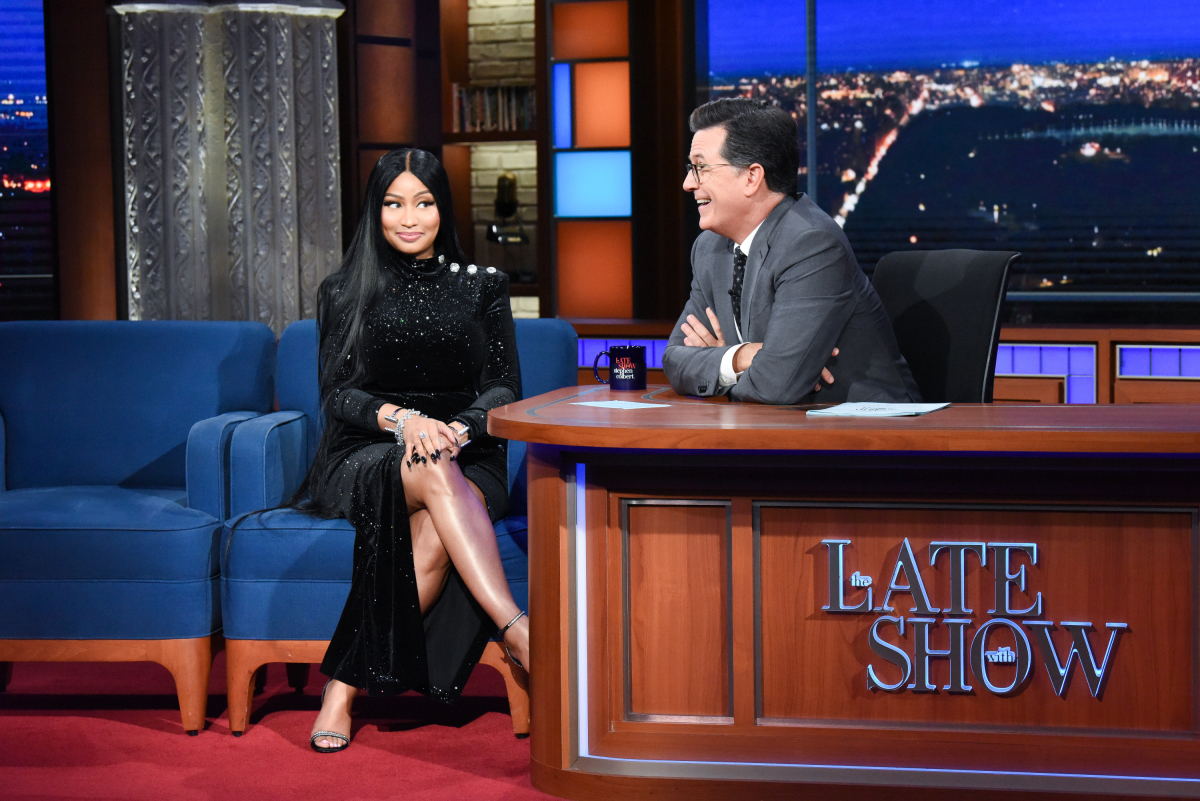 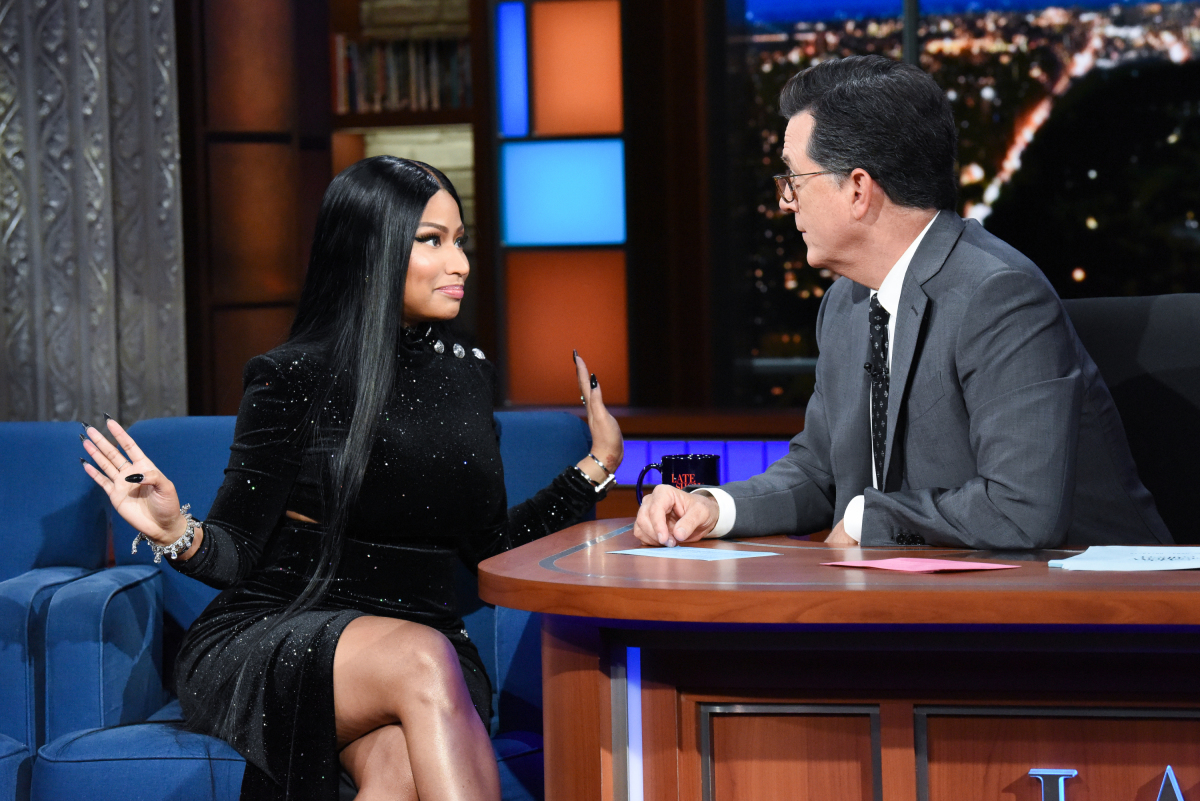 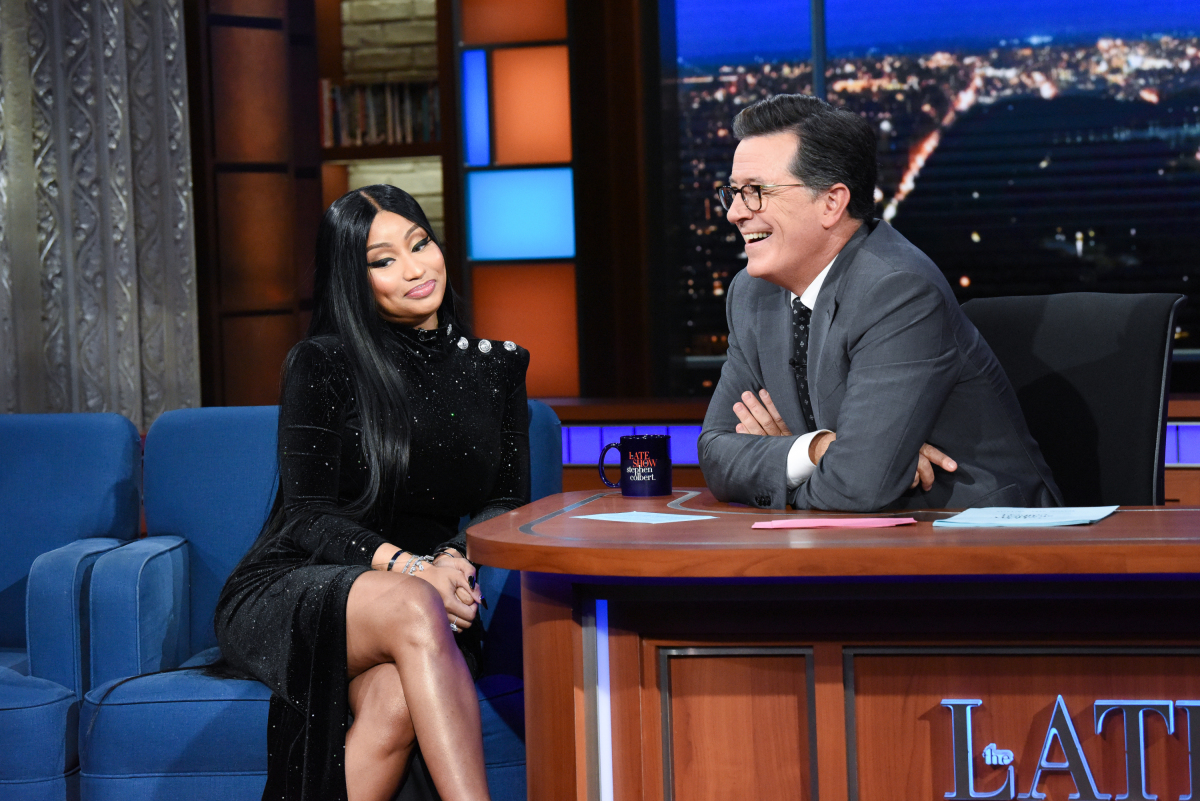 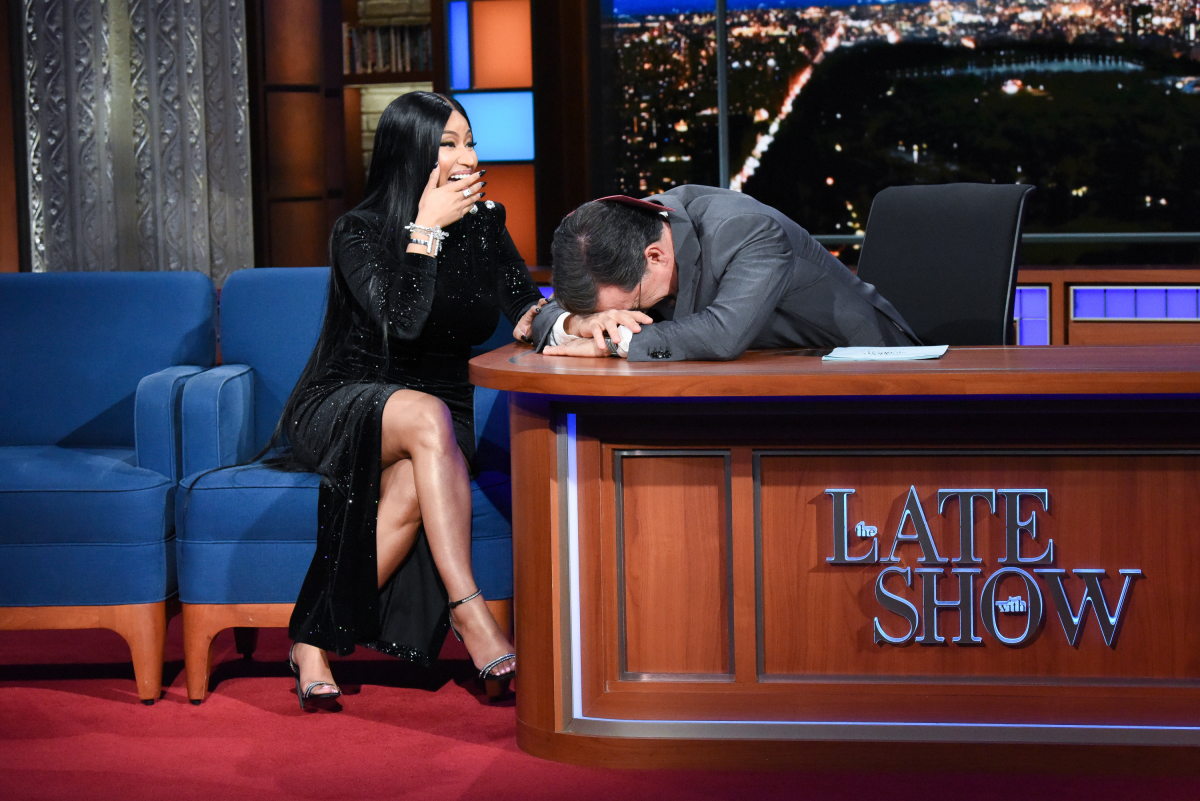 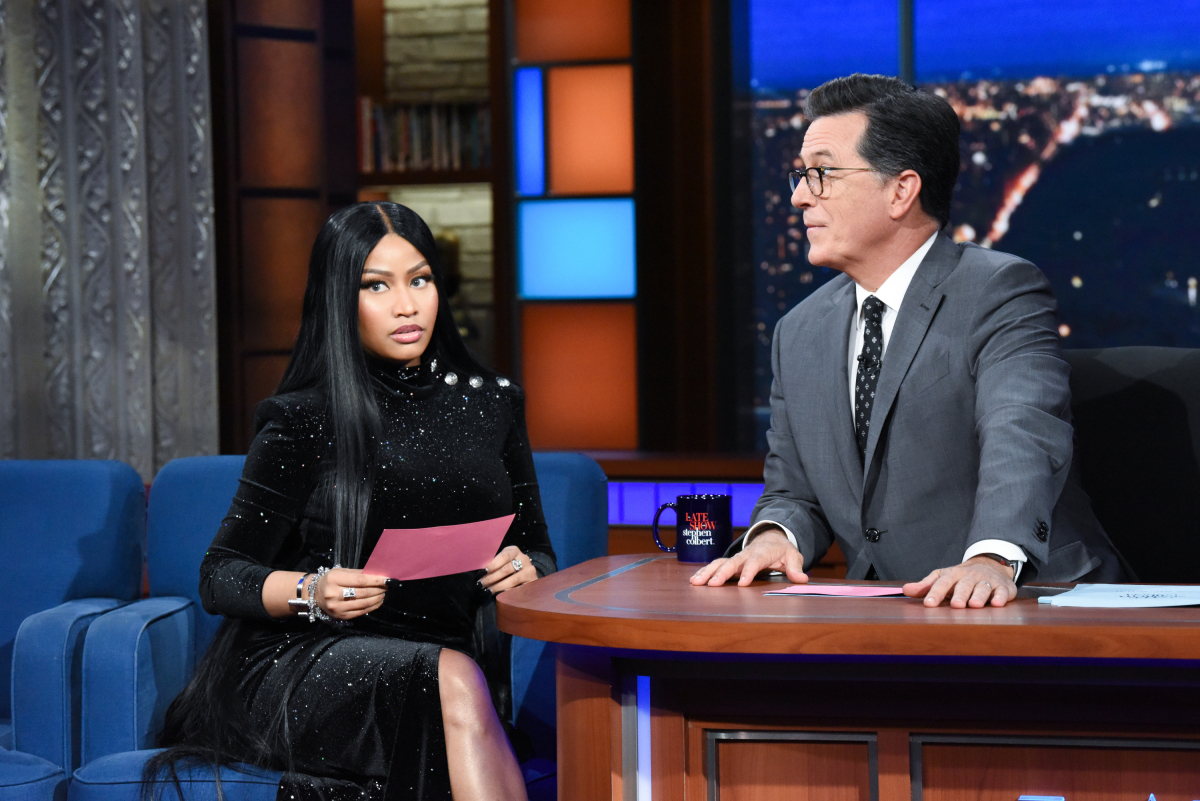 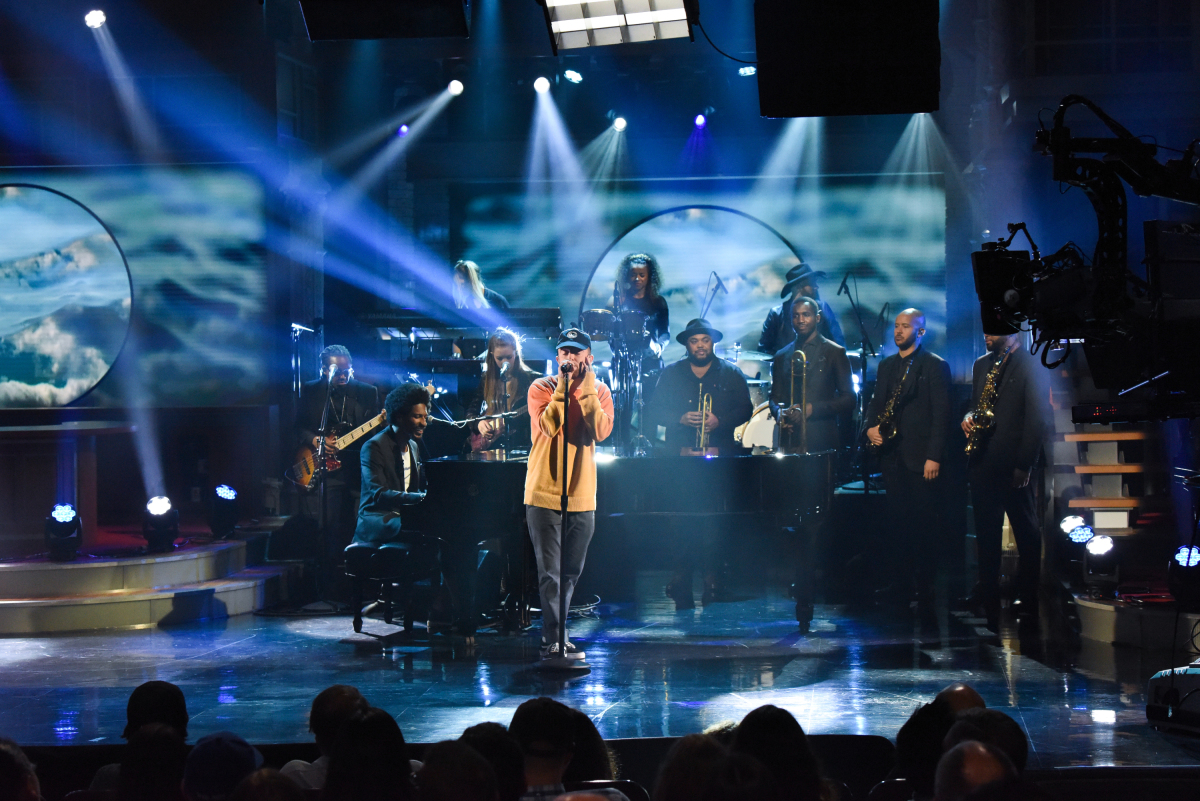 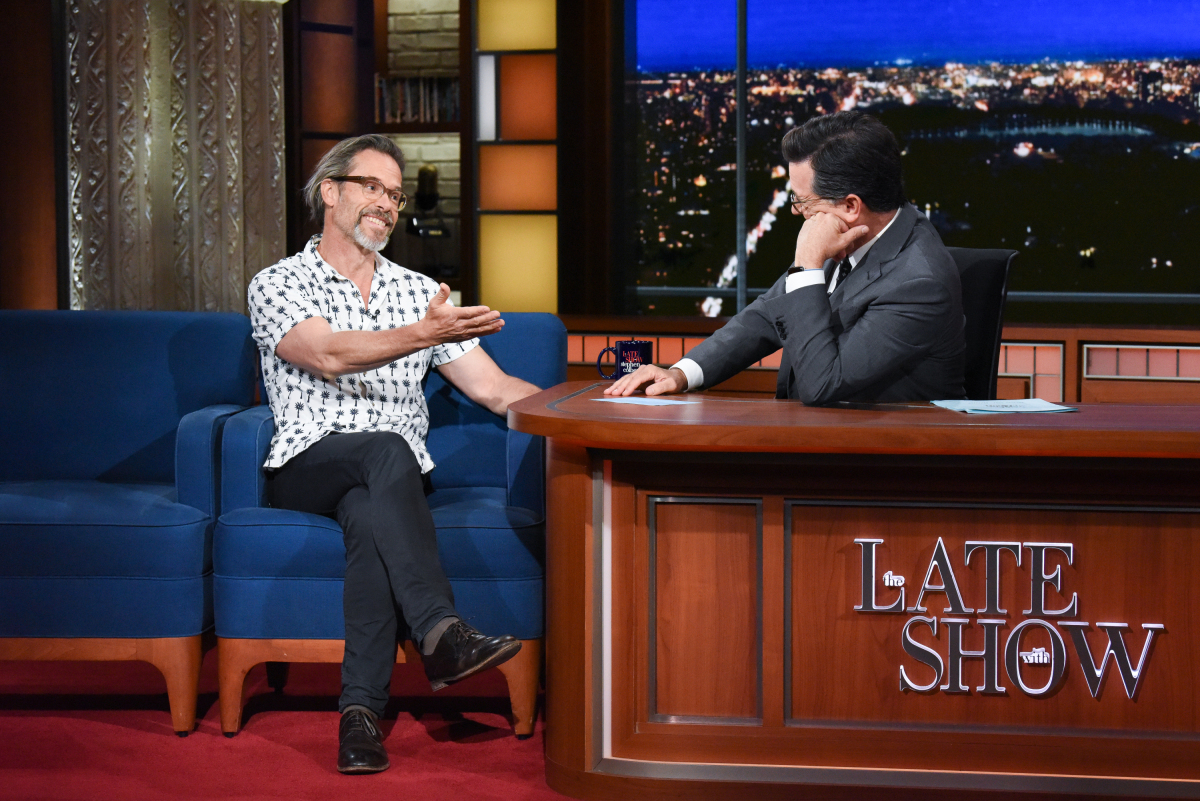 She appears on Monday night’s edition of “The Late Show With Stephen Colbert.”

Minaj accompanies Colbert for an interview.

In addition to Minaj, Monday’s “Late Show” also features appearances by Guy Pearce and Mac Miller. Pearce appears for an interview, while Miller closes the show with a performance.

Taped earlier in the day, Monday’s “Late Show” airs at 11:35PM ET/PT on CBS. Ahead of the broadcast, the network shared photos from the taping (all photos by Scott Kowalchyk, copyright CBS) 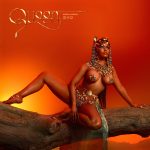