Monday morning, the song officially moved past the 600 million view mark on YouTube. The impressive milestone comes with three-and-a-half months of its release.

Later, Headline Planet’s official Twitter revealed that “Sin Pijama” had reached a new peak of #72 on this week’s Billboard Hot 100. It is up eleven places from last week’s position.

The Hot 100 ranks songs from all genres based on activity from sales, streams and radio airplay. Streaming is the driving force behind this particular song’s success. 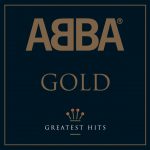