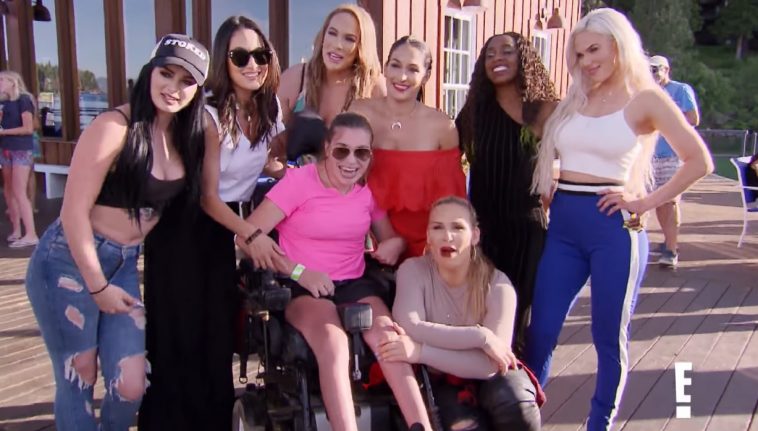 The rumors were true: Paige is returning to “Total Divas.”

Paige, who currently appears as the general manager of SmackDown! Live, will join The Bellas, Naomi, Lana, Natalya and Nia Jax as part of the regular cast for season eight.

The new season premieres at 9PM ET/PT on Wednesday, September 19.

“She’s baaack! The one and only Paige returns to season eight,” notes E! “After a career-threatening injury, Paige is figuring out the next step in her career, but in the meantime, WWE may have something in store for her. On a personal front, Paige looks to The Bella Twins to help her move beyond her past mistakes and build back her confidence.”

Other focuses this season:

— Nia prepares for WrestleMania, while enlisting help from a WWE veteran.

— Nikki deals with attention and gossip about her personal life.

— As Daniel Bryan returns to the ring, Brie wants to prove she’s not slowing down. While her non-WWE projects have been great, she worries she is missing out on bonding with her fellow “Divas.”

— Paige’s injury makes Natalya think about forming her own career backup plan. She also explores her family’s history of Alzheimer’s.

— Naomi considers buying property “with or without” involvement from Jon. A rift also forms between the couple as a symbol of their love goes missing.

— Rusev is eager to have a baby and hopes that Lana will embrace motherhood the way Brie did. Lana, meanwhile, continues to work on her in-ring ability.