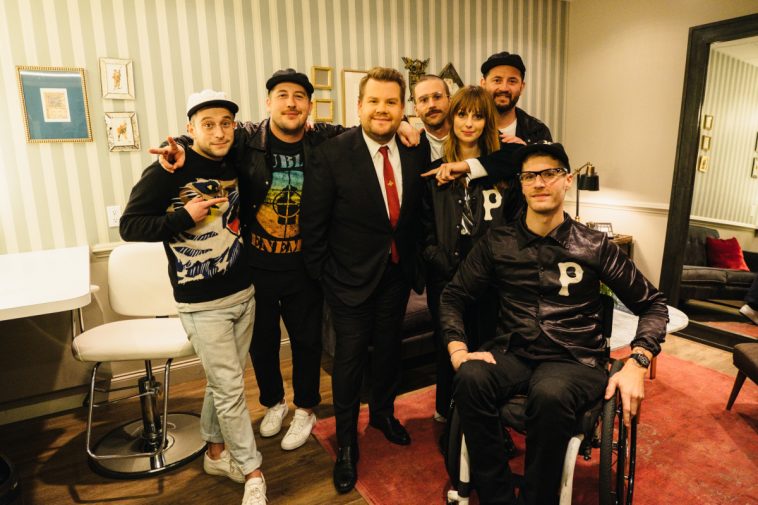 CBS just shared listings for the May 7-10 string of “Late Late Show With James Corden” episodes. Each will feature a musical performance.

According to CBS, Portugal. The Man will perform on the May 7 edition of the late-night talk show. Zach Braff and Jada Pinkett Smith are listed as discussion guests.

The May 8 “Corden” will feature a performance by Wallows. The band’s musical number will follow the discussion with Melissa McCarthy and Chris Parnell.

Alice Merton is listed for a performance on the May 9 “Corden.” Heidi Klum and Zlatan Ibrahimavic are listed as discussion guests.

The May 10 installment, the week’s final original episode, will feature a performance by X Ambassadors and discussion with Bill Hader and Gabrielle Union.