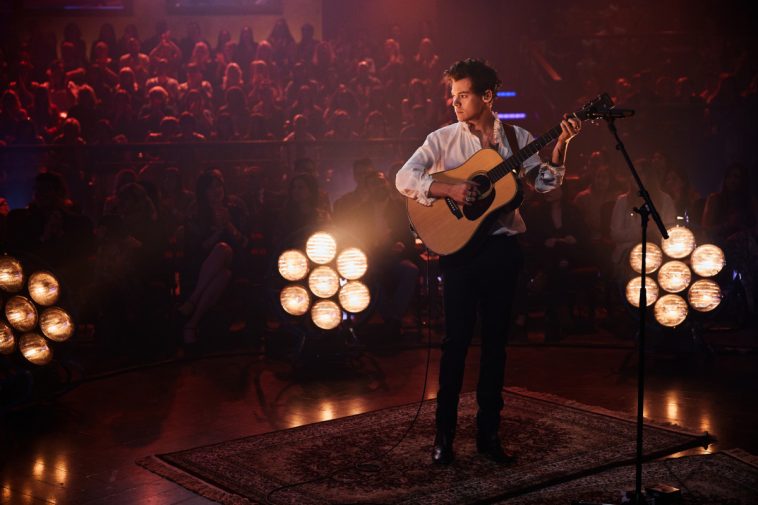 Styles first joined Corden for a “We Have a Singing Problem” sketch. The bit found the two bursting into song at inappropriate times.

He later took the stage to perform “Two Ghosts.”

Videos of the segments and photos from the taping follow:

Like he did Monday and Tuesday, Styles closes Wednesday’s episode with a performance.

The superstar artist’s presence is not, however, limited to a performance. He also joined host James Corden for comedy sketches.

Wednesday’s “Late Late Show” began airing at 12:35AM on the east coast (and will air at that time on the west coast). Ewan McGregor and Billy Crudup also make appearances.