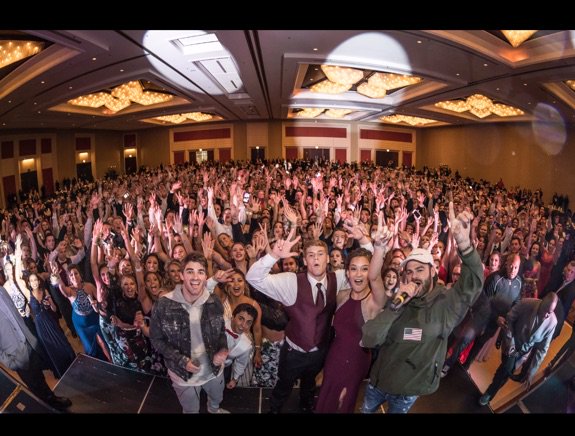 Before taking the stage for a sold-out show at Chicago’s Allstate Arena, The Chainsmokers made a surprise visit to a high school prom.

The prom was taking place near the Allstate, which is in the Rosemont village just outside Chicago, Illinois.

“Just crashed Huntley High schools prom,” wrote the pop-EDM duo. “That was awesome! have a good rest of prom.

“Your prom could be next.”

Later, The Chainsmokers shared a photo from the prom.

The Chainsmokers are currently touring in support of their album “Memories…Do Not Open.”

Crashed this prom just now. It was across the street from our arena show, so why not 🙂 pic.twitter.com/BIOdSrfMKd