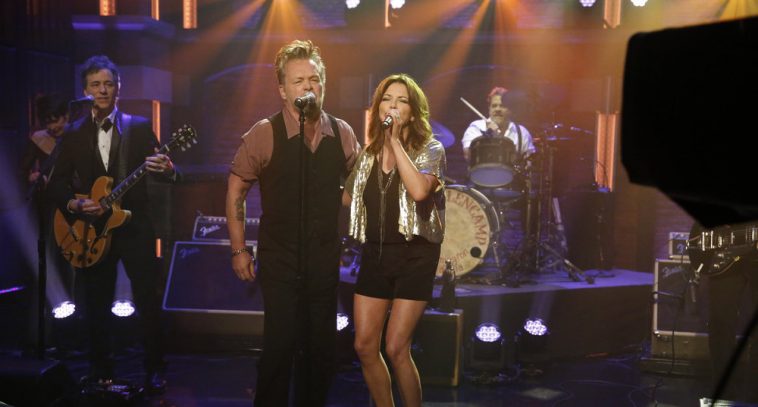 Update: Appearing in support of his “Sad Clowns and Hillbillies,” John Mellencamp was an interview and musical guest on Wednesday’s “Late Night With Seth Meyers.”

His interview included discussions about Donald Trump and Bob Dylan’s influence on the decision to sell his paintings.

He performed “Grandview” with Martina McBride on the broadcast. He also performed a rendition of the classic “Jack And Diane” for the “Late Night” website.

To support and celebrate the eagerly anticipated release, the industry veteran appears extensively on Wednesday’s “Late Night With Seth Meyers.”

Mellencamp first participates in an interview with host Seth Meyers.

Later, he takes the stage for a performance.

His performance is not a solo endeavor. In addition to his band, Mellencamp is accompanied by Martina McBride. The country star is featured on Mellencamp’s song “Grandview.”