In addition to joining Jimmy Fallon for an interview, Shelton delivered a musical performance.

He also appeared in a pre-taped segment centered on “Race Through New York,” the new “Tonight Show”-themed attraction at Universal Orlando.

Videos of the performance, interview and “Race Through New York” segment follow.

Photos from the taping are also embedded:

The 8PM broadcast of “The Voice” was not the only opportunity to see Blake Shelton on television Tuesday night.

Shelton appears for an interview and musical performance on the episode.

Filmed as part of the program’s four-night stand in Orlando, Tuesday’s “Tonight Show” also features an interview with Scott Eastwood and the latest edition of the “Ragtime Gals” bit. 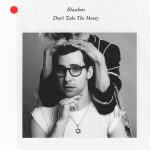