It’s only March, but a substantial number of alternative radio stations believe it “Feels Like Summer.”

Picked up by 23 Mediabase-monitored alternative stations this week, the new Weezer single ranks as the format’s most added song.

Sir Sly’s “High,” the format’s new iHeartRadio “On The Verge” track, takes second with 15 adds. New Politics’ “One Of Us” grabs third place with 9 adds, while a tally of 8 positions Portugal. The Man’s “Feel It Still” as fourth-most added.

311’s “Too Much To Think,” which landed at another 7 stations, ranks as fifth-most added. 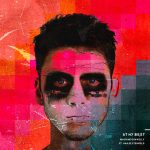