Most notably, the flash drive fall into the hands of the terrorist group led by Bin-Khalid’s son. The flash drive contains details on 15-20 sleeper cells, whom the Bin-Khalid group plans to activate as part of a coordinated series of attacks on US soil.

The previous hour also saw evidence emerge regarding Nilaa’s involvement in leaking the Army Ranger names to the terrorists. Nicole received definitive proof that Aisha and Jerome are turning on Isaac, while Amira and Mr. Harris’ situation became more complicated when Drew escaped the classroom and collapsed in front of students on the soccer field.

We at Headline Planet had the chance to screen the episode, which focuses on the 3:00 PM-4:00 PM hour. While we cannot reveal major spoilers, we can elaborate on what to expect during Monday’s “24: Legacy.”

Photos from the episode are also featured below.

Ben Seeks Redemption
In his heart, Ben obviously did not want the flash drive to end up in the hands of the terrorists. He simply wanted money.

Unfortunately, his attempt to hold the drive for ransom — instead of simply bringing it to CTU with Eric — gave the terrorists a great opportunity to capture the drive. They successfully seized that opportunity in the closing moments of last week’s episode.

Ben is aware of this reality. He knows he is to blame for the terrorists gaining access to the lilst of sleeper cells and for the attacks that may follow. In this week’s episode, he seeks redemption.

Ben presents Eric with last-ditch plan for tracking down the terrorists and retrieving the drive before the sleeper cells can be signaled. It’s a thin, risky plan coming from a mentally unstable man whose actions just jeopardized America, but do Eric and CTU really have another choice?

Not all characters agree on the answer.

John Confronts Allegations Against Nilaa
Last week, CTU received evidence that seemingly confirmed Nilaa’s role in leaking the Army Rangers’ names to the terrorists. ATM camera footage showed that she was at campaign headquarters (where the file with the names was accessed) rather than out for a run at the time of the leak, as she had claimed.

We, the viewer, know that the footage was doctored to protect John’s father Henry (and, in effect, John). Henry was actually responsible for the leak. (Assuming we can take Henry’s words at face value, we get more details regarding his motivation for leaking the names in this week’s episode)

But neither CTU nor John yet knows the truth. They have to operate as if the evidence is credible.

For CTU, it means Nilaa may hold a key to stopping the seemingly imminent sleeper cell attacks. If they can determine with whom she was working, they may be able to thwart the terrorists’ plan.

For John, it means facing the hard “reality” that his trusted campaign manager is cooperating with terrorists.

If you know John at all by now, you know he’s probably not going to blindly accept that notion. After overcoming the initial heartbreak at Nilaa’s supposed betrayal, John begins to question whether she truly is involved with the enemy.

If she was, in fact, framed, how would he go about proving it?

Will Amira Finish The Job?
Drew passing out in public — and being taken to the hospital — threw a wrench into Amira and Mr. Harris’ plans, but it did not destroy them. Amira is riding with Drew to the hospital; as long as she can kill him before he reveals what happened in the science classroom, the problem will be resolved.

That initiative is, of course, easier said than done. Amira may have more nerve than Mr. Harris, but she is not exactly a seasoned murderer or covert operative. How will she kill a patient in a big hospital? More importantly, will she prove cold-hearted enough to actually murder her classmate?

To make the latter challenge more daunting, Amira encounters Drew’s sweet, loving, scared mother at the hospital. A tug on the heart strings is certainly not what she needs when trying to do something so inherently brutal.

Can Nicole Warn Isaac?
In the previous hour, Nicole received a phone recording that confirmed what she suspected: Aisha and Jerome are crossing Isaac. They plan to take over the business on more favorable terms, and they have instructed the Dominicans to kill Isaac at the site of the upcoming deal.

As the episode opens, Nicole is nonetheless unable to warn Isaac about the trap. Having grown suspicious of Nicole, they have taken her phone and put her under close watch.

Nicole is, however, the wife of Eric Carter. And while she may not possess his Army credentials, she proved in the pilot that she can be very resourceful and courageous. It should go without saying that she is not simply going to sit on her hands as Isaac gets executed.

But how will she escape Jerome’s watch and retrieve her phone? Will she be able to warn Isaac in time? Will it matter? He is, after all, completely unprepared for the ambush into which he is heading. Knowing the Dominicans plan to kill him and being able to prevent them from doing so are two very different things. 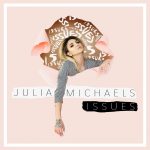