Based on US Spotify streams accumulated during the February 3-9 tracking week, Ed Sheeran’s “Shape Of You” returns to the spot it occupied after its first week of release: #1.

“Shape Of You,” which was #2 last week, received 10.437 million US Spotify streams this week. The count gives Sheeran’s song the edge over Migos’ “Bad And Boujee (featuring Lil Uzi Vert)” (10.213 million), which falls to #2 after spending three straight weeks on top.

Up four places, Big Sean’s “Bounce Back” reaches a new peak of #3. It received 8.688 million weekly US streams. 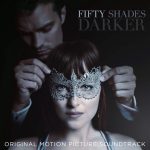