RCA is looking for the new version of Britney Spears’ “Slumber Party” to make immediate waves at pop radio.

The remix, which features Tinashe, is now impacting the format. Opening week adds will be reported in conjunction with the November 22 add board.

“Slumber Party” serves as the second single from Britney Spears’ “Glory.” “Make Me,” the first, peaked just inside the Top 20 at the pop format.

It began to stall in August, prompting RCA’s Joe Riccitelli to write a letter touting the songs commercial metrics and vowing that “nothing can ‘make me’ stop working this record.”

But when the letter and a subsequent VMAs performance failed to ignite new interest at radio, RCA did ultimately stop promoting the single.

Also an RCA artist, Tinashe recently bubbled under the pop chart with “Superlove.” 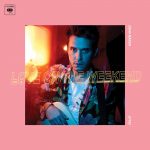