The Pretty Reckless’ new “Take Me Down” debuts on this week’s Mediabase active rock airplay chart.

Nothing But Thieves’ “Wake Up Call” and Kaleo’s “Way Down We Go” also make their first appearances on the 40-song chart.

Spun 246 times during the July 10-16 tracking week, “Take Me Down” enters the chart at #28. Handicapped insofar as it did not debut until the fifth day of the tracking period, “Take Me Down” benefited from promotional, “premiere” airplay across the iHeartMedia network of stations.

“Way Down We Go” also holds a Top 3 position at alternative radio. 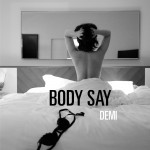