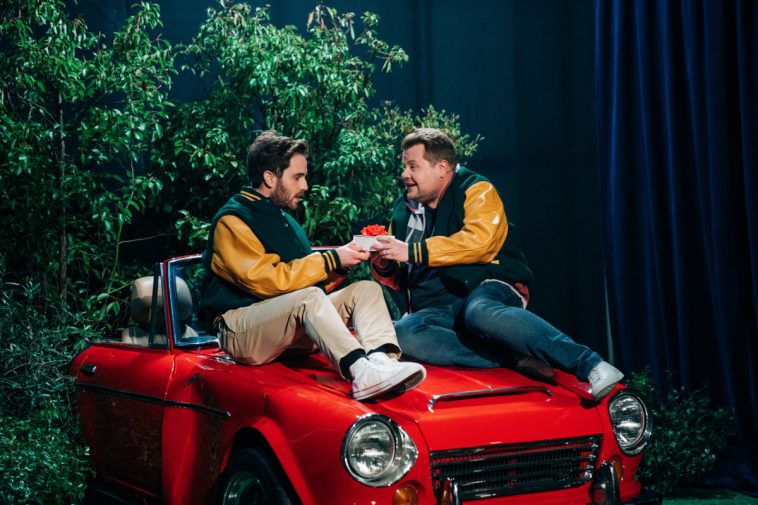 “The Late Late Show With James Corden” will air four original episodes this coming week, and three will close with musical performances.

As previously reported, Maisie Peters and James Bay will perform their new collaboration “Funeral” on the May 10 episode**. The performance will follow Corden’s interview with David Oyelowo.

Rag’n’Bone Man will play the May 11 “Corden” broadcast, bringing a musical conclusion to an episode that will also feature Martin Freeman.

The May 13 episode — the week’s final original — will feature Ben Platt as an interview and musical guest.

As of press time, no musical guest is listed for the May 12 broadcast. Sharon Stone and Matthew Rhys are set for interviews on the episode.

**The official CBS listings only mention Maisie Peters for May 10, but she and Bay have already confirmed that they will be performing together.