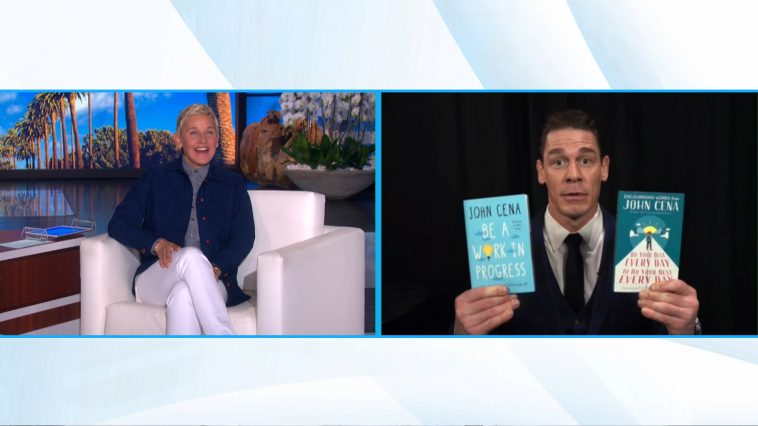 During past television interviews, John Cena has heaped considerable praise on BTS and its ARMY of supporters. He does so again as a guest on Monday’s edition of “The Ellen DeGeneres Show.”

When talking about his new motivational books “Be a Work in Progress: And Other Things I’d Like to Tell My Younger Self” and “Do Your Best Every Day to Do Your Best Every Day: Encouraging Words from John Cena,” Cena notes the impact BTS and the Army had on his self-discovery journey.

Specifically, Cena notes that BTS’ album project “Love Yourself” was making an impact just as he began exploring the importance of self-love. Referencing the fortuitous timing, Cena notes that his vulnerable Tweets about the subject — Tweets that were very risky for his larger-than-life brand — gained support from and resonance with the BTS Army.

“[The messaging] caught fire because of the BTS Army,” says Cena. “I was essentially sending a similar message of the band. And these books exist because the BTS Army was brave enough to support my vulnerable moment.”

Cena additionally talks about his highly anticipated movie projects — and more — during the remote interview.