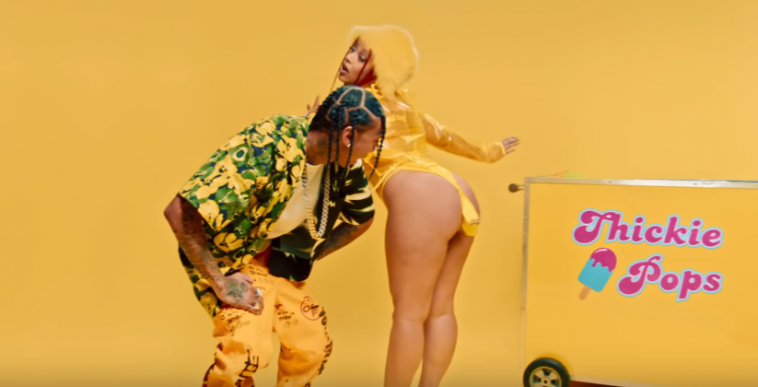 Living up to the mid-week projection, Doja Cat’s “Juicy” officially enters the Top 10 on this week’s Mediabase rhythmic radio chart.

The single rises three places to #9 on this week’s listing. It received ~3,122 spins during the November 24-30 tracking period, besting last week’s count by 360 spins.

An iHeartRadio “On The Verge” selection, the song has also been performing well at the urban format. It occupies a Top 20 position (with a healthy week-over-week airplay gain) on this week’s chart.

Note: An immensely popular remix of “Juicy,” which features Tyga, has been receiving airplay. Spins of the remix do count toward the chart position, but it is worth noting that the Mediabase entry only officially credits Doja Cat.