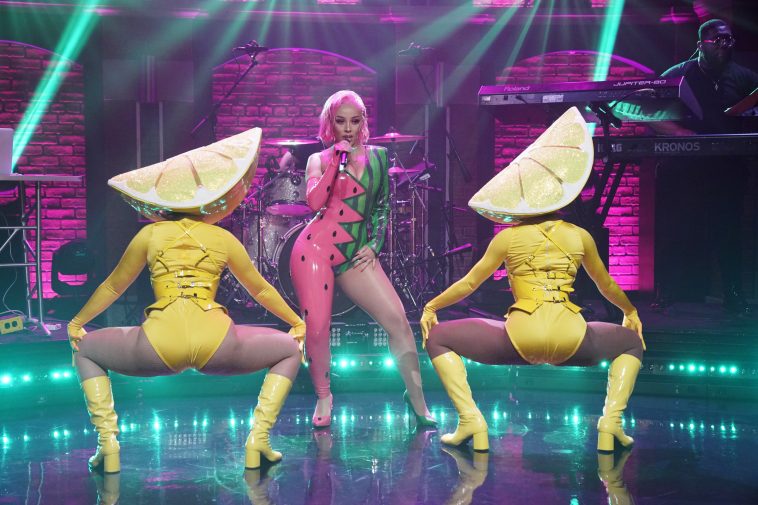 Following its first full week in the market, Doja Cat’s “Hot Pink” soars to #19 on the Billboard 200 US album consumption chart.

In conjunction with the album’s ascent, the artist rockets onto the Billboard 200 chart.

Doja Cat takes #52 on this week’s listing, which ranks the top artists in America based on factors like album sales, song consumption and social media activity.

In addition to plenty of social media and direct fan interaction, Doja Cat’s album release week included a performance on “Late Night With Seth Meyers” and a full week of views on the buzzy “Cyber Sex” video. These activities further increased her visibility — and contributed to the Artist 100 placement.