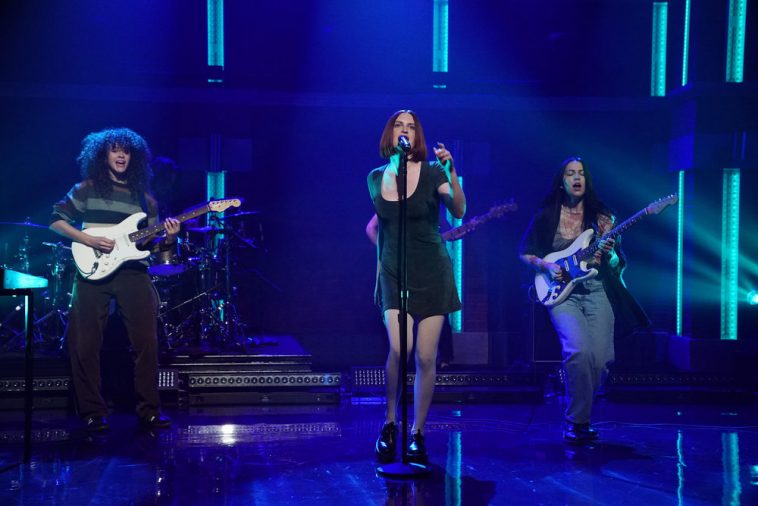 The group performed its single “Number One Fan” on the broadcast. A video of the performance and photos from the taping follow.

Wednesday’s edition of “Late Night With Seth Meyers” features a visit from MUNA.

The trio performs “Number One Fan” in the closing segment of the episode. The performance marks MUNA’s first time taking the “Late Night” stage.

Prior to the MUNA performance, host Seth Meyers welcomes Jim Gaffigan and Jenny Slate into the studio. Both guests join Meyers for interviews.

The episode will air at 12:35AM ET/PT on NBC; the MUNA performance should start at around the 50-minute mark.