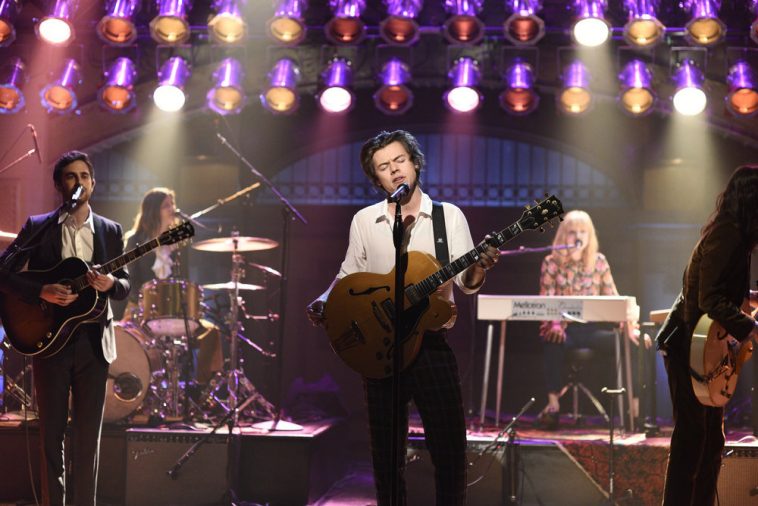 Harry Styles on SNL [Will Heath/NBC]

This weekend’s edition of “Saturday Night Live” will feature Grammy-winning Chance The Rapper as host and musical guest.

In mid-November, another popular musician will pull double duty on the iconic variety show.

Harry Styles just announced that he will be the lone headliner on the November 16 edition of the late-night talk show. Styles recently released a new song in “Lights Up” — he has also been teasing a new release called “Watermelon Sugar.”

Styles previously appeared on “SNL” as both a soloist and as part of One Direction.