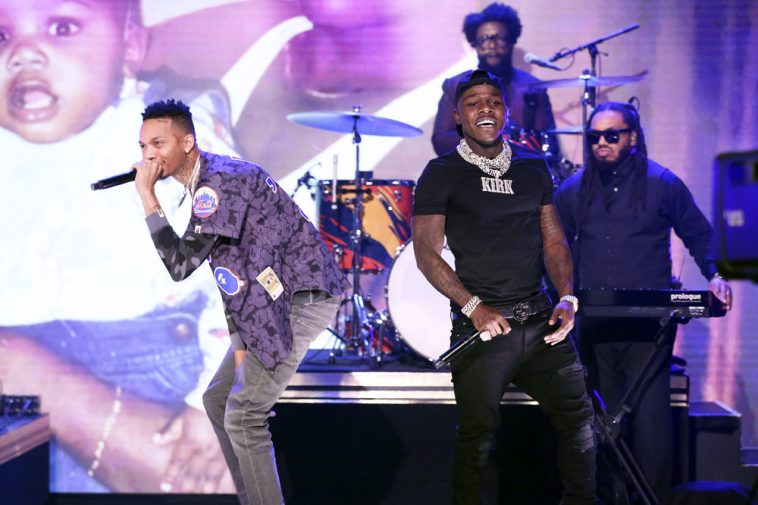 DaBaby and Stunna 4 Vegas on Fallon (Photo by: Andrew Lipovsky/NBC)

The actress participated in an interview during the broadcast. Said interview aired as part of an episode that also featured chats with James Spader and Elvis Duran and a musical performance by DaBaby and Stunna 4 Vegas.

A video highlight from the Ruby Rose interview follows; additional clips will be posted upon availability. Photos from the taping also follow:

Later, DaBaby takes the stage for a musical performance. Accompanied by Stunna 4 Vegas, the artist supports his new album “KIRK.”