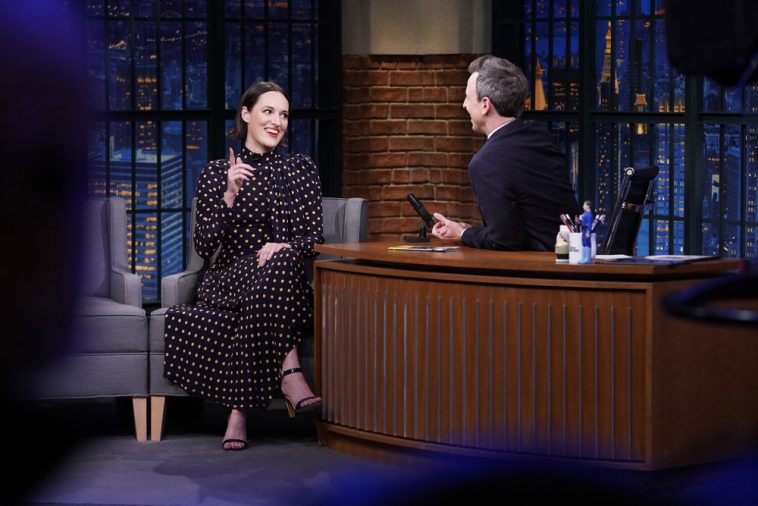 Phoebe Waller-Bridge during an interview with host Seth Meyers on March 19, 2019 -- (Photo by: Lloyd Bishop/NBC)

On the heels of her big night at the Emmy Awards, news comes that Phoebe Waller-Bridge will visit “Late Night With Seth Meyers.”

The “Fleabag” principal, who won for Outstanding Comedy Series, Outstanding Lead Actress in a Comedy and Outstanding Writing for a Comedy Series, will be the lead interview guest on the October 1 “Late Night.” The episode will also feature chats with Ta-Nehisi Coates and Gary Gulman; Roy Mayorga will sit in with The 8G Bang.