Clarkson participated in a Beat Battle and an interview. Jordan and Foxx hyped their new movie “Just Mercy.” Malone appeared in a sketch at Medieval Times, while Brown performed “Homesick.”

Following what is sure to be a well-rated Sunday Night Football Game between the New England Patriots and Pittsburgh Steelers, NBC is airing a special edition of “The Tonight Show Starring Jimmy Fallon.”

The guest list includes Kelly Clarkson, who appears for both an interview and musical performance.

Michael B. Jordan and Jamie Foxx also stop by for a chat (and to share a teaser for “Just Mercy”), while Kane Brown takes the stage for a musical performance. The episode also features a segment in which Post Malone and Jimmy Fallon go to Medieval Times. 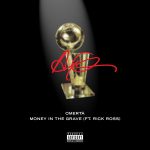