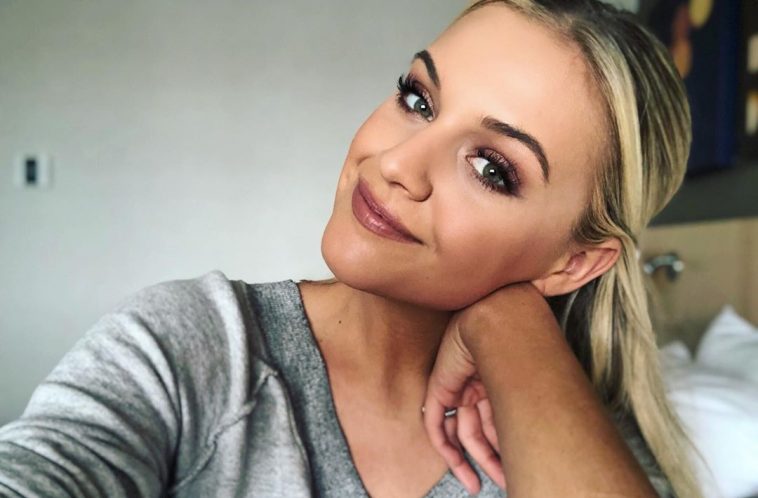 Update: Headline Planet recently broke the news that Kelsea Ballerini’s new single would be arriving this week ahead of a September 9 country radio impact.

The artist just filled in more details about the song.

It is called “Homecoming Queen?” and will be making its digital debut on September 9. The September 9 radio impact date still holds.
====

The full-page ad did not reveal the artist or song name (it actually contained a black box seemingly “hiding” such identifiers). It did, however, confirm that the single would be impacting country radio on September 9. It also featured a conspicuous question mark.

With those details alone, it was initially impossible to even make an educated guess about the new single.

In recent days, however, the situation has become much clearer.

Earlier this weekend, a fan asked country artist Kelsea Ballerini for details about her next single. She replied with a simple question mark.

Ballerini fans have, moreover, been receiving mugs that contain the same question mark that appears in the Aircheck ad. The artist has additionally been sharing various fan memes playing off that already-infamous piece of punctuation.

At this point, it seems pretty clear that the advertisement is hyping Kelsea Ballerini’s next single. Said single will presumably be the lead release from her upcoming third album.

High-profile country radio singles typically arrive digitally a few days prior to their official radio impact date. Assuming the September 9 impact date is still in the cards, fans should therefore expect the new single to launch on digital platforms later this week.