Willie Nelson - To All The Girls Audio Cover | Legacy/SME/

Willie Nelson & Paula Nelson’s collaborative 2013 cover of “Have You Ever Seen The Rain” appeared during the pivotal closing sequence of last week’s “Big Little Lies” finale.

The exposure ignited immense interest in the song, which resulted in Billboard chart moves for the artists.

Willie soars thirty-five places to #60 on this week’s Billboard Artist 100. Paula concurrently debuts at #49 on the Billboard Emerging Artists chart.

Both listings rank artists based on factors like album sales, song consumption and social media activity. The Emerging Artists chart specifically focuses on acts who have not yet scored major hits on the song or album charts.

“To All The Girls …,” the album on which the track appears, enters the Billboard Country Catalog Albums chart at #13. 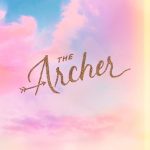