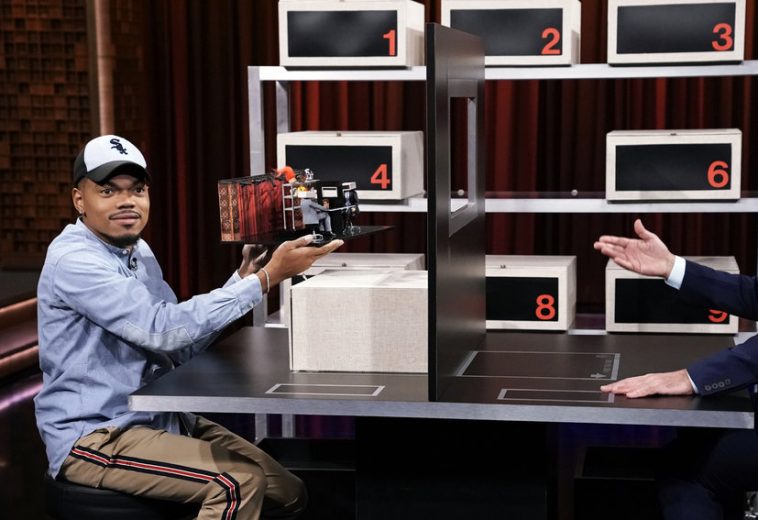 Chance The Rapper on 7/16/19 Fallon (Photo by: Andrew Lipovsky/NBC)

Update: Over the past several weeks, Chance The Rapper has been teasing that his album will arrive in July.

During an appearance on Tuesday’s “Tonight Show Starring Jimmy Fallon,” he revealed details about the album, including the specific release date: July 26.

Chance also joined Fallon for a game of Box Of Lies.

A video of the album announcement follows; additional clips will be posted upon availability. Photos from the taping are also embedded.

Tuesday’s edition of “The Tonight Show Starring Jimmy Fallon” features a visit from the Grammy-winning Chance The Rapper.

Chance The Rapper joins host Jimmy Fallon for an interview on the broadcast. He and Fallon also participate in the latest edition of signature game “Box Of Lies.”

Taped earlier in the day, the episode also features a FaceTime appearance by Jennifer Lopez. The multi-threat entertainer shares the trailer for “Hustlers.”

Tuesday’s episode also welcomes Cameron Crowe and David Crosby, the latter of whom takes the stage for a musical performance.