In the three weeks since its release, Shawn Mendes & Camila Cabello’s “Señorita” has emerged as a legitimate global sensation.

Proof of that reality comes courtesy of its mammoth digital streaming numbers. As of press time at 11:59PM ET on Thursday, July 11, the song’s buzzy music video boasts an unofficial global YouTube view count of about 225 million.

The audio recording has meanwhile spent the entirety of its run as the #1 song on the Global Spotify chart. It has already amassed over 200 million global streams on the platform.

“Señorita” has also been a strong performer on Apple Music and iTunes, and it is quickly climbing the US pop and hot adult contemporary radio charts.

To put it simply, let’s return to the opening line of this story: “Señorita” has emerged as a legitimate global sensation. 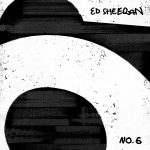