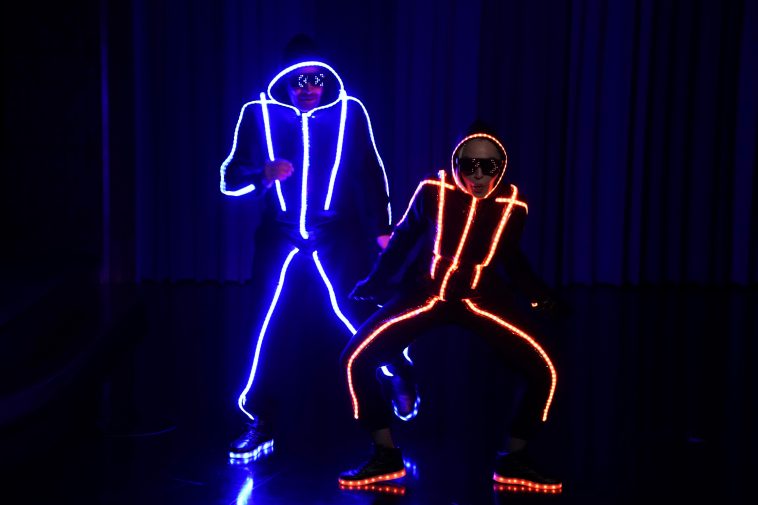 Update: As release week for her album “Madame X” came to a close, Madonna dropped by “The Tonight Show Starring Jimmy Fallon.”

Madonna appeared as an interview guest on Thursday’s episode. She also engaged Jimmy Fallon in a Neon Dance Battle.

Initial video highlights from Madonna’s interview follow; more clips will be posted upon availability. Photos from the taping also follow.

Madonna’s “Madame X” is on the verge of topping the Billboard 200, in the process becoming the icon’s ninth #1 album.

Appearing as the episode’s lead guest, Madonna chats with host Jimmy Fallon. She and Fallon also engage in a “Neon Dance Battle.”

Taped in advance, Thursday’s episode also features a chat with Guy Raz and a performance by Ari Lennox. It airs at 11:35PM ET/PT on NBC.