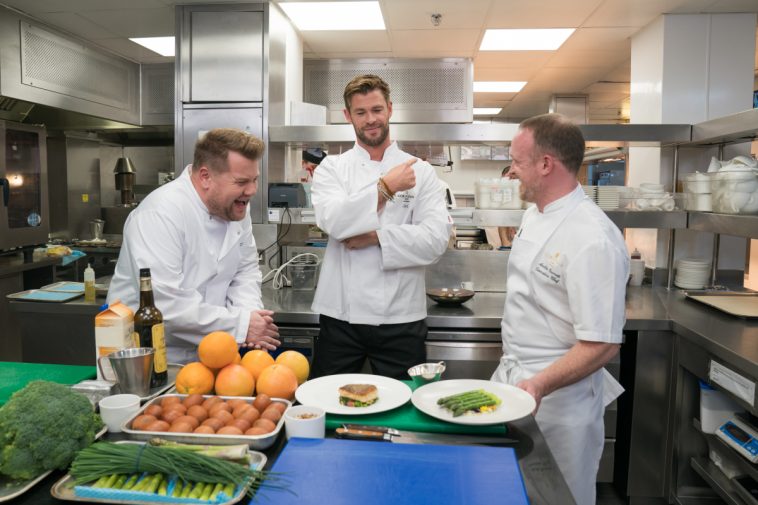 “Men In Black: International” star Chris Hemsworth joined Corden for a “Battle Of The Waiters” segment. As indicated by the title, the segment featured Hemsworth and Corden proving who would be the more effective restaurant employee.

Initially set for Wednesday, the Hemsworth sketch features the heartthrob actor and Corden competing to see who would be the better employee at a London restaurant. Comedy, naturally, ensues in their effort to make an impact at work.

CBS has not revealed too much about Jake Gyllenhaal’s segment, but based on taping photos, it features a variety component.