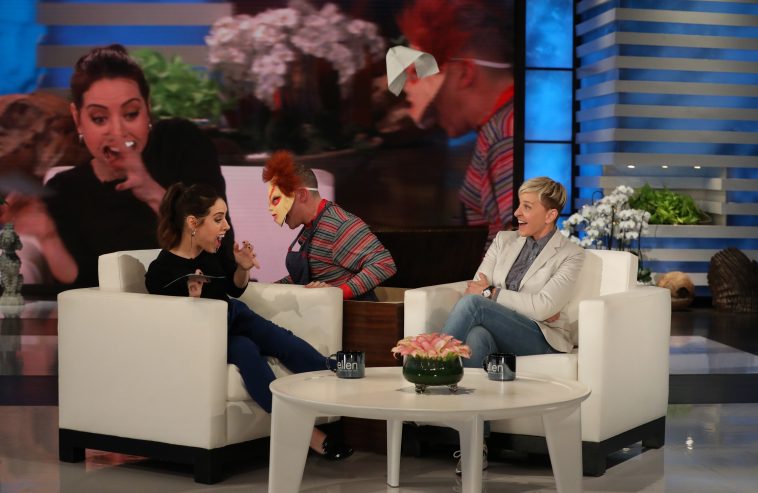 The 2018-19 season of “The Ellen DeGeneres Show” is approaching its conclusion — but not before featuring an appearance by Aubrey Plaza.

The actress, who recently had a portion of the stage named after her, visits Thursday’s episode in support of the new version of “Child’s Play.” Her interview includes a chat about the recent 10th anniversary of “Parks & Recreation.”

Plaza also receives one of the show’s signature “scares.” Given her role in “Child’s Play,” said scare naturally involves a cast member dressed as Chucky.

The episode will air Thursday afternoon; check local listings for the start time in your market. For now, enjoy videos and photos from Aubrey Plaza’s “Ellen” appearance.