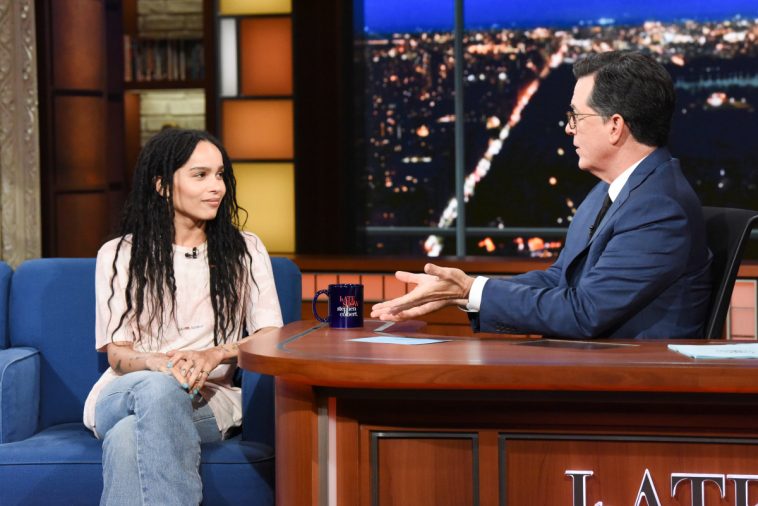 Kravitz joined host Stephen Colbert for a discussion. James Corden also appeared as an interview guest, while Lewis Capaldi took the stage for a musical performance.

Kravitz appears as an interview guest on Wednesday’s edition of the late-night talk show.

In addition to the Kravitz interview, Wednesday’s “Colbert” features an interview with James Corden. Later, Lewis Capaldi takes the stage to hype his album “Divinely Uninspired to a Hellish Extent” and breakthrough single “Someone You Loved.”

Taped earlier in the day, Wednesday’s “Colbert” will air at 11:35PM ET/PT on CBS.