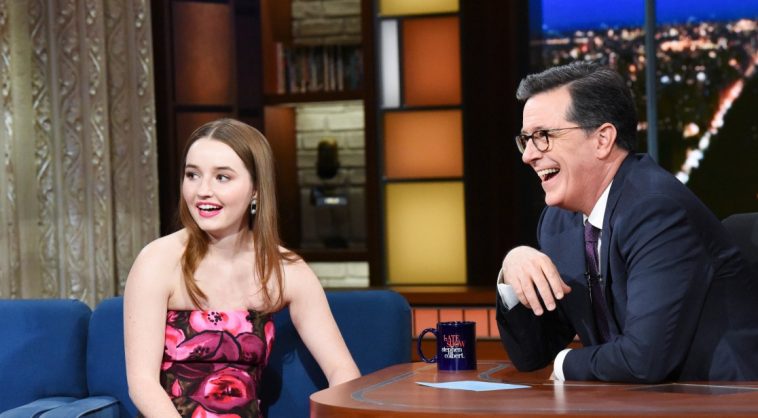 Dever chatted about a variety of topics, including her experience meeting Kristen Wiig.

The new movie “Booksmart” launches this Friday, May 24.

The actress appears for an interview on Wednesday’s edition of “The Late Show With Stephen Colbert.”

Dever is one of two interview guests on the broadcast. The episode also features a visit from Kamala Harris.

Taped in advance, the episode will begin airing at 11:35PM ET/PT on CBS. Prior to the broadcast, CBS shared a collection of photos from the taping.