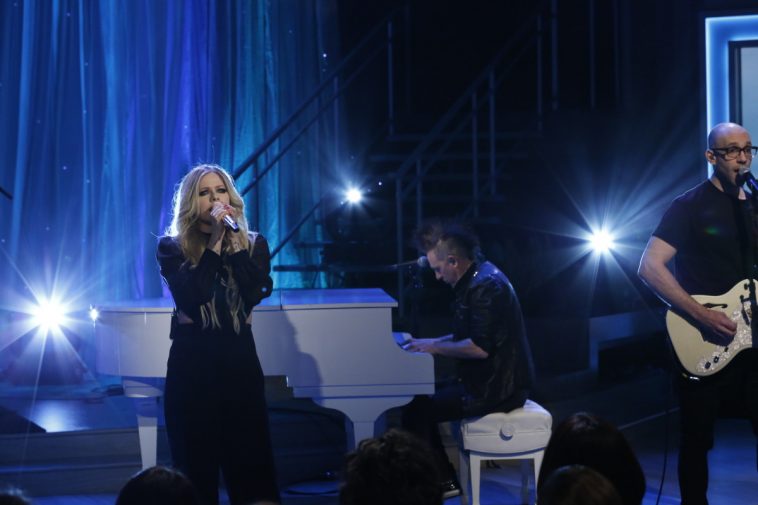 Off this past week for a production hiatus, CBS’ “The Late Late Show With James Corden” will return with original installments this coming week.

According to CBS, the April 29 broadcast will feature a performance by Avril Lavigne.

Ashley Tisdale will take the stage on the May 1 broadcast, while Shaggy will deliver a performance on May 2.

The April 30 will not have a musical performance; Chad Daniels is instead slated to deliver stand-up comedy.

All “Corden” listings, as a reminder, are subject to change.