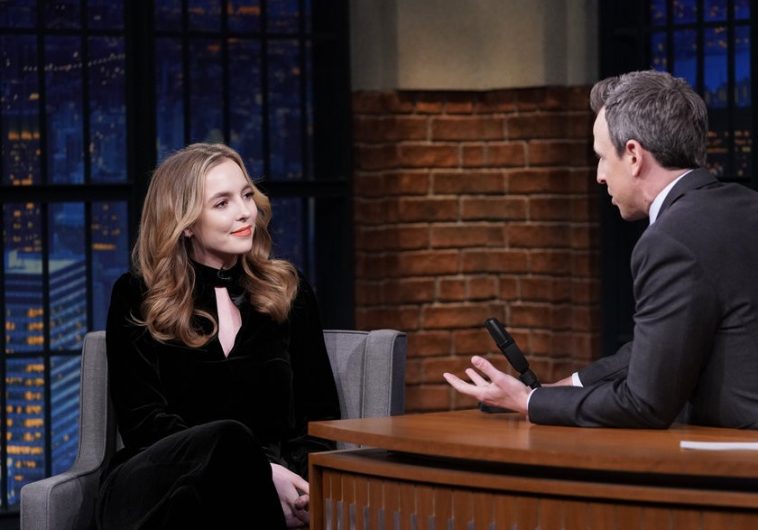 Comer joined Seth Meyers for an interview during the broadcast. Video highlights from said interview and photos from the taping follow.

Wednesday, she makes a late-night television appearance. The actress appears as an interview guest on “Late Night With Seth Meyers.”

The interview comes in support of the aforementioned “Killing Eve,” which just commenced its second season and has already been renewed for a third.

Along with Comer’s chat, Wednesday’s “Late Night” features an interview with Sam Rockwell and a performance by Kiana Lede.