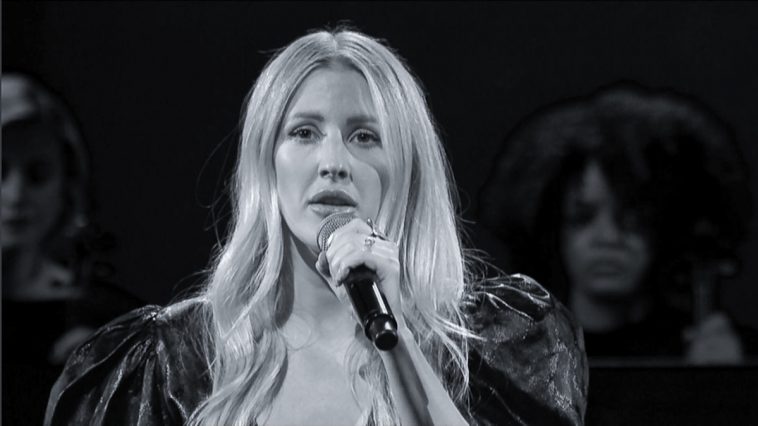 Update: A month after featuring Ellie Goulding’s debut on the program, “The Late Show With Stephen Colbert” aired a second performance by the artist.

She performed “Flux” on Monday’s edition of the show.

Last month, Ellie Goulding made her “Late Show With Stephen Colbert” debut with a performance of her official radio single “Close To Me.”

Monday, she delivers a second performance on the show.

Due to CBS’ coverage of the NCAA Men’s Basketball Championship, the broadcast will air later than usual in most markets. A specific start time is not yet available, but it will be after midnight.

Ahead of the broadcast, CBS shared screenshots of the Goulding performance as well as studio photos of the interview guests.